Tweets by @backyardfarmer_
You are here: Home

Our family have been keeping and rearing chicken for over 40 years and has provided our family with a constant supply of fresh eggs and  an endless source of amusement with their antics. We reared chickens from day old chicks for free range egg laying and I have fond memories of watching my children holding day old chickens and opening the barn door to a sea of golden balls of fluff.

Now we have our own little brood of rare breed silkie chickens at the end of the garden and a few Khaki Campbell ducks wandering around the vegetable patch.

However a point worth mentioning; chickens cannot distinguish between weeds and seedlings and will scratch around happily all  day, so maybe it’s best to keep them away from your prize winning efforts and give them an area of their own.

They are calm, friendly, trusting and quite lively chickens.

The lifespan of the silkie chicken is approximately 9 years and as they can become quite tame they can be a real pet, especially suitable for children.

Silkie chickens don't have waterproof feathers so they need to be kept where they can seek cover, but at the same time they require little room so can be kept in smaller runs.

As robust little chickens the silkie they can also withstand the cold very well.

Which breed to choose ...

There are hundreds of breeds to choose from on the market but undoubtedly the Silkie chicken has to be the most intriguing. As its name suggests the Silkie Chicken has a fluffy, silk-like plumage, even on its feet.

This Silkie chicken breed has a long history, although little is known about its early origins, with most experts believing Silkies first originated in China and parts of South East Asia. The silkie chicken in fact has such a distinguished history, that explorer Marco Polo referenced them in one of his 13th century travelogues.

Whichever chicken breed you opt for, life for the chicken can have its ups and downs. 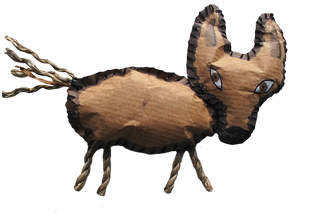 Keeping the wily fox at bay means ensuring a safe place to sleep at night, so make sure the run or coop is secure.

Take the feed in each night to keep any mice and rats away from the coop.

Keeping chickens healthy is easy by just giving them what they need.

Take a look at our chicken supplies to help keep your little girls and boys in shape and we hope you get as much pleasure out of your hens as we do!